How To Protect Yourself From The IRS – 2022 Guide

What this article is about:

1: SEPERATE YOURSELF | Protect yourself & family from the IRS | control your corporate trade name

In contrast, legislated or statutory law – like the laws of Congress

– are written mostly by attorneys to further their own self-interest or to favor special-interest groups with big bucks.

It is possible for an individual or company to operate according to the basic principles of freedom inherent in human nature.

Most fundamentally, these are the rights to own property and to engage in voluntary exchange. These are also basic common law rights, and the two basic principles of Voluntary Capitalism.

These principles are in accordance with the U.S. Constitution as intended by our Founding Fathers. The spirit of Voluntary Capitalism was expressed in the famous Supreme Court case cited in Chapter Two:

“The individual may stand upon his constitutional rights as a citizen. He is entitled to carry on his private business in his own way.

His power to contract is unlimited. He owes no such duty [to submit his books and papers for an examination] to the State, since he receives nothing therefrom, beyond the protection of his life and property.

His rights are such as existed by the law of the land [Common Law] long antecedent to the organization of the State, and can only be taken from him by due process of law, and in accordance with the Constitution.

Among his rights are a refusal to incriminate himself, and the immunity of himself and his property from arrest or seizure except under a warrant of the law. 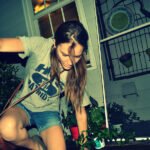 Article I, Section 10 of the Constitution states: “No State shall pass any law impairing the obligation of contracts.” The individual’s right to contract is unlimited and no State may interfere with that right.

Very few Americans know that they have a fundamental choice: To live their lives and conduct their businesses under common-law jurisdiction or under statutory jurisdiction. Common Law is the law of the land, the law of the Constitution. Statutory law is legislated law.

The IRS makes this distinction between the two kinds of law:”

1. Common law comprises the body of principles and rules of action relating to government and security of persons and property which derive their authority solely from usages and customs or from judgments and decrees of courts recognizing, affirming, and enforcing such usages and customs.

Much of the original U.S. common law has been codified in a single Federal statute, the Uniform Commercial Code.

“The Code is complementary to the Common Law, which remains in force, except where displaced by the code.” UCC 1-103.6.

“When a waivable right or claim is involved, the failure to make a reservation thereof, causes a loss of the right, and bars its assertion at a later date.” UCC 1-207.9.

“The Sufficiency of the Reservation – Any expression indicating an intention to reserve rights, is sufficient, such as “without prejudice.”” UCC 1-207.4.

The specific method for reserving your common law rights – for choosing to operate under common law jurisdiction – is to write below your signature “Without Prejudice UCC 1-207.” You could use this phrase on your driver’s license, on bank signature cards, and on contracts.

Article I, Section 8 of the Constitution states:
“Congress shall have power to exercise exclusive legislation, in all cases whatsoever, over such district (not exceeding ten miles square) as may, by cession of particular States, and the acceptance of Congress, become the seat of the government of the United States; and to exercise like authority over all places purchased by the consent of the Legislature of the State in which the same shall be, for the erection of forts, magazines, arsenals, dockyards, and other needful buildings.”

Very few Americans (including lawyers) know that federal legislative and territorial jurisdiction is very limited. It is limited to the ten square miles of Washington, DC, certain military bases where States have ceded jurisdiction, certain territories such as Puerto Rico and Guam, and certain guano islands.

This information comes from a 29-page paper by Attorney Lowell H. Becraft, Jr. The Supreme Court has stated:
“The laws of Congress in respect to those matters do not extend into the territorial limits of the states, but have force only in the District of Columbia, and other places that are within the exclusive jurisdiction of the national government.” Caha v. U.S., 142 U.S., at 215 (1894).

“It is axiomatic that the prosecution must always prove territorial jurisdiction over a crime in order to sustain a conviction therefor.” U.S. v. Benson, 495 F.2d, at 481 (5th Cir., 1974).

“Where there is absence of proof of jurisdiction, all administrative and judicial proceedings are a nullity, and confer no right, offer no protection, and afford no justification, and may be rejected upon direct collateral attack.” Thompson v Tolmie, 2 Pet. 157, 7 L. Ed. 381; and Griffith v. Frazier, 8 Cr. 9, 3 L. Ed. 471.

“The United States is entirely a creature of the Federal Constitution, its power and authority has no other source and it can only act in accordance with all the limitations imposed by the Constitution.” Reid v. Covert, 354 U.S. 1, 1 L. Ed. 2nd. 1148 (1957).

“The rights and liberties of the citizens of the United States are not protected by custom and tradition alone, they are preserved from the encroachments of government by express/enumerated provisions of the Federal Constitution.” Reid v. Covert, 354 U.S. 1, 1 L. Ed. 2nd. 1148 (1957).

“The prohibitions of the Federal Constitution are designed to apply to all branches of the national government and cannot be nullified by the executive or by the executive and the senate combined.” Reid v. Covert, 354 U.S. 1, 1 L. Ed. 2nd. 1148 (1957).

“Congress may not, by any definition it may adopt, conclude the matter, since it cannot by legislation alter the Constitution.” Eisner v. McComber, 252 U.S. 189 at 207.

Readers interested in finding out more about the practical application of these principles should contact us by submitting your email below for the whole document and story.

Chapter 1: Curing Helplessness and Learning Optimism
Chapter 2: Does the U.S. Constitution Guarantee the Right to Practice Prostitution?
Chapter 3: Are Our Schools Concentration Campuses for Mind Destruction?
Chapter 4: Obedience, Punishment, and Power
Chapter 5: How to Overcome Your Wimp
Chapter 6: How to Master Power, Money, and Love